Saturn is the last planet we are to see with our own eyes. Its rotation time lasts about 29 years, wich corresponds to the tone D in the 37th octave with 147.85 Hz. Its colour is blue with a wavelength of about 460 Nanometers. Since ancient times Saturn has been associated with Capricorn.
The thinking of usefulness is very closely related to Saturn. Its support the ability for concentration, the general process of gaining consciousness and shows very clearly karmic connections. It brings structure and order.
© 1989 by Hans Cousto, Het Kosmisch Oktaaf International, Amsterdam

SATURN´s „ making of“ story is a classical legend in terms of how things can come into manifestation the right way. Sometimes it just needs one right moment and that was it, the lucky punch. SATURN, of course to be found on the PLANETS album and nicely live replayed on the LIVE IN LONDON album is one of that kind. It couldn´be done any better from our side on.

If there hadn´t been this strange confusion with the URANUS track, this incident was explained  in the URANUS story already.

Now, speaking about „resonances“,...as the writer felt unsecure about being right with the content of his words, he spent a moment following the links that are connected in this page. They should help the readers, if they wish, to start their own researches on the quite complex topic of ancient mythology. So, reading the basic introduction on german Wikipedia the confusion definitly climaxed immediately, as the describtion of SATURN´s family affairs are desribed  in a much different way as they have been

displayed in the WIkipedia Article on URANUS! W.t.f.! It doesn´t seems of any worth to even look at it; actually - everybody knows what is going on wikipedia these days; it just needs a litle efford and within one night we will have a doubled population of elephants in africa. We all know that. There are two options, either this confusion is created on purpose or this confusion comes from too much dull handbanging. Both options are not really cool, especially not for psychedelic infected minds. These minds have acces to a metasphere where they can contact and connect this guy SATURN directly and ask him how it really was. And at the end of a day, SSO´s intention is not to find out about the lacks of correct historical mythological documentaries (this already happened in a former lifetimes and as we realized how fragile and easy to eliminate (just burn the bibiothek and that was it) these effords are, we decided to enable the access to these very important essential archetypicals spheres with other disciplines such as music, colors and energy gatherings.

However, SATURN is a good track to open the mind towards the resonances of SATURNS interesting character. The best way to connect oneself with the track is to sit or even lay down and start to breath with the single gong strokes, that are arranged through out this piece. You might even want to activate the repeat function; once you are tuned in, you want to stay a while in this space and have a chat with master SATURN.

One thing we really like about this cosmic octave concepts is, that it enables other musicans to join in just by knowing the tuning dates. Musicans that never even have played together can easily team up in some sort of cosmic jam and creat a musical energy, that completly relates to the particular moment in the „here and now“.

The special magic of this cosmic tuned music is not only within the more or less well organized tuning setup but also in terms of the cosmic resonance synchronicity that is going to happen once the music is on. It is highly recommended to have a look at the biochronological environment as well. Lately a special software was created, that should be helpful for anybody to pick up the correct octav analog pieces.

This vibrational space opens up the energy for all those who are present and initiiate a process of getting connected. This is purpose why we are doing what we are doing; our vision is that as much as possible people get connected and get inspired within these cosmic resonating fields. 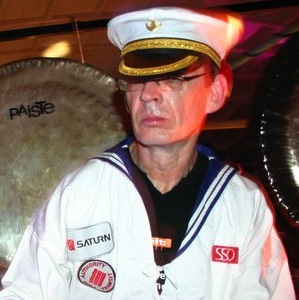 ...a little look into the future; so far we know of 56 moons that belong to SATURN! Just imagine a nightsky with a couple of fullmoons every night; it sounds almost like a bit of stress having that much of lunare activites around us.

Maybe this is why the evolution of mankind starts on earth and not on SATURN, we have to integrate one moon before we try it with 56 of them,....good to know that there are loads of work to do for future cosmic musicans to compose the music of the spheres, probably see some of you guys there again.

Anything that relates to the saturn frequency; experiences with the saturn music of SSO; links to your cosmic music, suggestions,... 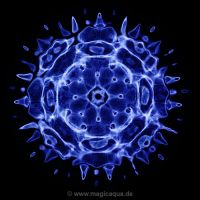 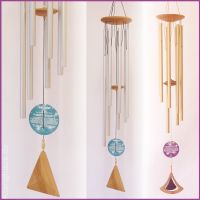 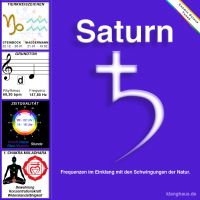 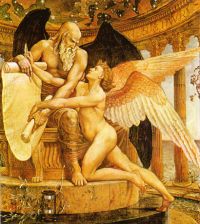